Home   Clerk to the Court   Guardianship

What is a Guardianship?

A guardianship may be established when an individual is not capable of taking care of his or her finances and/or personal well-being. There are several different types of guardianship that are generally established with the circumstances noted below.

Once it is determined an individual needs a guardian the court appoints an individual (the guardian) to take control of some or all of the individual’s (the ward) person and/or property.

What is the Clerk of Courts Role?

The Clerk of Courts serves as the custodian of guardianship files. In addition, the Clerk is statutorily directed to audit guardianship reports, which are submitted by the court appointed guardian. These reviews should ensure the initial and annual guardianship reports contain specific information detailed in the Florida Statutes, Chapter 744. Once the audit is completed the findings are reported to the court. 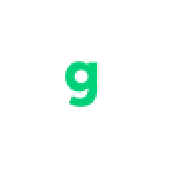